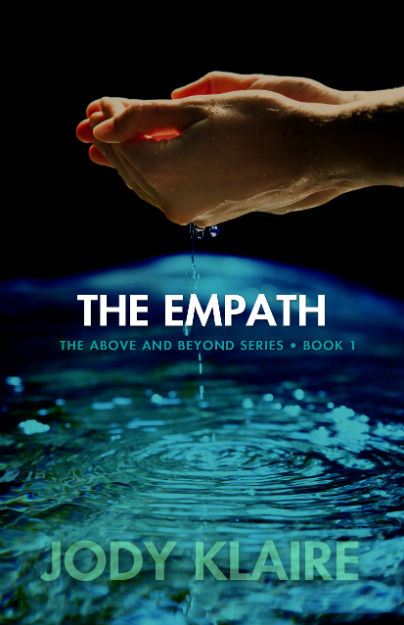 I enjoy opportunities to read offerings from new authors. I admit that I don’t get to do it often. Life keeps me pretty busy. So busy, in fact, that I don’t get to read often at all. Full stop. That saddens me because I love reading so much. Strange. Seems like I had more time to read when I was working. Huh.

Happily, however, I was able to find time to read The Empath by Jody Klaire (Bedazzled Ink). I’m glad I did. 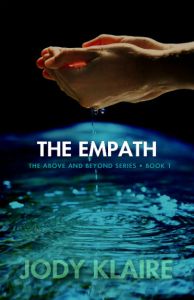 Aeron Lorelei is a young woman with a troubled past and a troubling gift. Blessed and cursed with the ability to sense the feelings, past, and future of those around her, Aeron lived as a misfit child. When she was sixteen, she took the blame for the death of her best friend’s little brother. Eleven years later she’s released from the correctional facility and must go back to her hometown–the scene of the crime that no one has forgotten.

But Aeron must deal with more than just animosity. Someone in town is abducting and killing young girls. Aeron becomes the number one suspect and her distant father, the specter of her grandmother, and her mysterious psychiatrist must work together to discover the real killer. To prove her innocence, Aeron is forced to use the gift she has spent her life hiding.

I was expecting to read a book that fell under the Paranormal genre. It’s the first place my brain goes to when I see words like “empath” in a title. Or, perhaps even SciFi/Fantasy, with visions of Deanna Troi dancing through my head. (Though, that may just say more about me and what/who dances through my head. TMI?) The back cover description, however, told me different. Okay. A mystery. Cool. I could deal with that. I like a good mystery.

Well, my friends, this was a good mystery!

The opening of the book drew me in. I’m not often a fan of the first person point-of-view, but this worked for me. I like that Aeron tells her story. I like that insight. This being a mystery, however, it’s necessary for varying points of view. Klaire chose to have the story told from other characters’ points-of-view, as well. However, only Aeron told her own story. The others were told by a third-person narrator.  I like this choice. It keeps the focus on Aeron. Where it should be.

Usually with a mystery, I expect the first chapter to dive right into things. Murder! Mayhem! But not so with The Empath. Instead, we get a chance to get to know Aeron and get some insight into the way she operates. Rather than a mundane character description (which would be so easy to do), Klaire keeps it interesting by having Aeron interact with various people in various situations. Her actions and reactions do an excellent job of showing readers what we need to know before the heart of the mystery is upon us. It’s excellent back story without being an “information dump.” Nicely done.

Once the mystery in The Empath was introduced, it was fast and hard. But, at the same time, it was delightfully slow to develop. Klaire took the time to lay out the plot. The twists and turns kept things interesting and always moving forward. Even events that you wouldn’t expect to be related to the crime were deftly folded into the plot and given purpose. At no point did I think, “Well, that was a nice scene, but what does it have to do with solving these murders?” It all made sense. It was crafted well.

I figured out the mystery. BUT…I didn’t figure it out until about 5 pages before it was revealed! For me, that’s pretty darned awesome. I can usually figure it out 1/2 to 3/4 of the way through a book. It’s one of the reasons I don’t usually read mysteries – they don’t keep me hanging long enough. But Klaire kept me hanging!

The Empath is the first in a planned series of books. I’m looking forward to learning more about Aeron and her circle of family and friends. The characters are rich and multi-layered, but there’s so much more to uncover about all of them. I’m glad Klaire is going to let us into their lives again.

So, if you get the chance, get your hands on The Empath by Jody Klaire. You’ll thank me for it. (And if you want to send flowers and chocolate…or Deanna Troi…as a way of thanks, I won’t complain.)

2 comments on “REVIEW: “The Empath” by Jody Klaire”