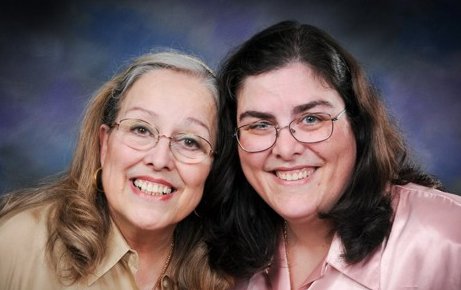 “You will lose someone you can’t live without,and your heart will be badly broken, and the bad news is that you never completely get over the loss of your beloved. But this is also the good news. They live forever in your broken heart that doesn’t seal back up. And you come through. It’s like having a broken leg that never heals perfectly—that still hurts when the weather gets cold, but you learn to dance with the limp.”
― Anne Lamott

November is a difficult month in my life. Not because of the National Blog Posting Month challenge. I mean, that’s voluntary. I can quit at any time. “Nope! Don’t wanna do it anymore!” That would be that. Of course, I’ll do my best not to let that happen. But the fact remains, I can stop and it won’t make a huge impact.

No, November is difficult for me for other – much more affecting – reasons. It’s a month that holds loss and grief. Every year, it returns.

On this day in 2012, I made the decision to take my mother off life support and allow her to die. Yes, her living will stated that these were her wishes. But, ultimately, it was my decision. And it was so damned hard to do.

She’d been in the hospital for 4 days at that point. And she’d been unresponsive ever since and she would continue to be until she died 3 days later. November 3, 2012 was the last time my mother spoke to me. It was the last time I heard her voice. Removing the life support meant there was no hope of ever hearing her voice again.

On this day in 2015, a dear friend passed away. I’d only known Sandra Moran for just over 2 years, but it was a significant 2 years. We found common ground in her debut novel, Letters Never Sent, and in our possible – but highly improbable – common ancestry. (My great grandmother was a Moran.) Over time, we talked about literature, education, politics, family…so many things. She was a good friend.

I got to visit her in Kansas shortly before she passed. Interestingly, November 3rd was the last time Sandra spoke to me. It was the last time I heard her voice. I left Kansas and returned home that day. Though we all tried to remain hopeful, I knew leaving that day meant I would never hear her voice again.

So, yes, November is a difficult month. The first half of the month is hardest. After Mom passed, I spent the next week preparing and attending her funeral. After Sandra passed, I returned to Kansas to attend her memorial service. It’s not until the days leading up to Thanksgiving, when I am steeped in culinary preparation for the holiday, that I’m able to step back and, once again, let the pain ease. (Though, honestly, it’s always there.)