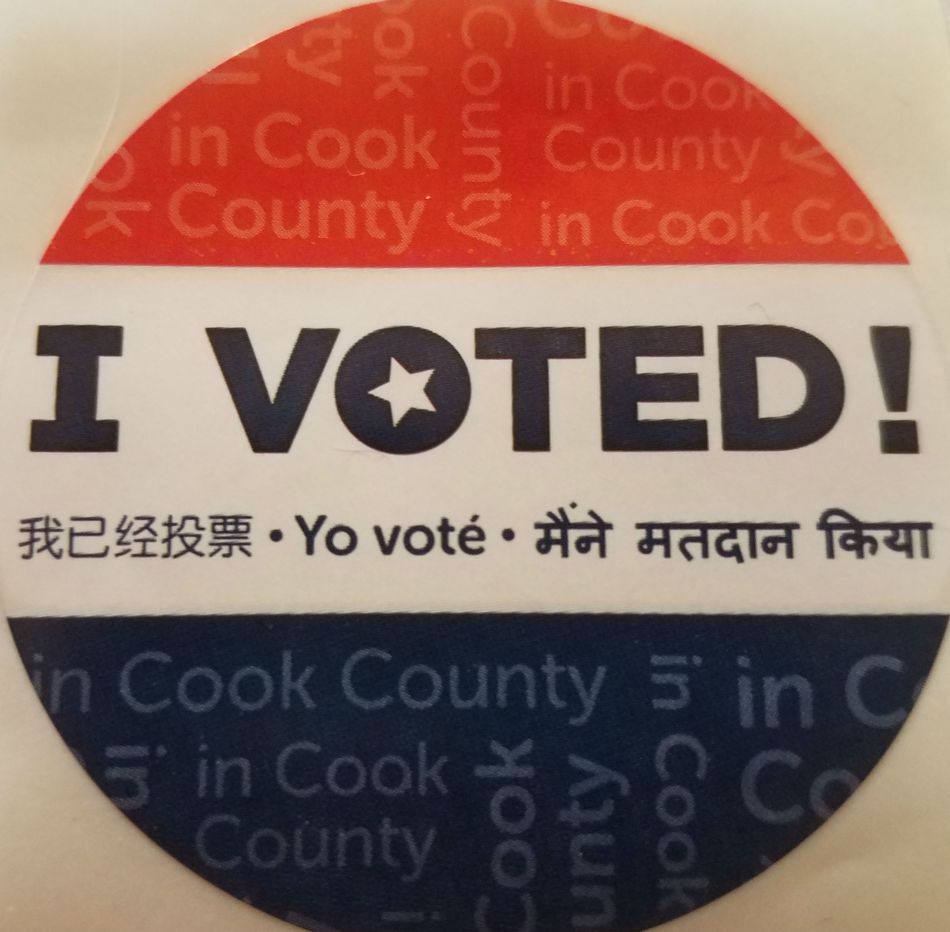 The polling station for my precinct, like many precincts across the country, is a local elementary school. I used to catch the bus there when I was in kindergarten (to take me to another school – haven’t figured that one out). I’ve voted in all but one election at this school – and for that one election, I submitted an absentee ballot.

In past elections – both primary and general – I’ve gone to vote at 6am, when the polls open. In most cases, I’ve been the first or second person to vote. I’m usually back in my car and on my way by 6:05am.

This year, there were at about 20 people ahead of me for my precinct. There were another 10 or so for the other precinct that shares our polling location. I got there at 6:01am! And there was a line!

There was a young Hispanic woman behind me in line – it had to have been her first time voting. In a general election, anyway. She couldn’t have been older than 21. I said, “Wow! A line. There’s never a line this early. I’m impressed.” She smiled and said, “It’s an important one. We all need to vote.”

Later, the man in front of me – a Black man in his 60s – turned toward me as he looked around. We made eye contact and smiled. He said, “Good turn out, huh? Glad the weather didn’t keep people away.” (It’s a little drizzly here this morning.) I said, “It’s great, isn’t it?” He gave me a thumbs up.

The election workers are people I’ve seen for years – they are dedicated and they know their stuff. They keep things moving and flowing. They are efficient, without sacrificing friendliness. They reflect the diversity of the voters they assist. They treat everyone in line with the same efficiency and friendliness. They treat each other with kindness and respect. In doing so, they create an atmosphere that is conducive to a positive voting experience.

Outside, I was approached by one person – a gentleman who said, “Good morning! Happy Election Day! I’d like to offer you a sample ballot if you’d like one.” I held up my own election notes and replied, “No, thank you. I appreciate it though.” He just smiled and said, “Great! Happy Voting!” And that was it. There were other people milling about. They just smiled and said good morning.

Now, I realize that I live in a VERY blue voting district. Our township has voted blue, at minimum, since 1980. (The County Clerk’s office only has data going back to 1980.)  But I see the signs and stickers throughout the area. We’ve got folks who vote red.

But, thank all of the Powers That Be, we don’t have intimidation at our polling location. By either side. We go in, do our civic duty, say hello to our neighbors as we do, and then move on to our other daily responsibilities. No muss. No fuss.

I’m privileged to live in an area where exercising my right as a US citizen is easy and free of harassment. I’m very aware of that privilege. I hear about voter intimidation in other locations throughout the US and I just cringe. That’s not who we are. At least, it’s not who we’re supposed to be. These “other locations” are in different states – places far from where I am. Yes, I am privileged.

My hope is that one day – in my lifetime – we’ll experience an election that isn’t beleaguered by accusations of voter fraud, that isn’t horribly divisive, that doesn’t bring out the worst in us, that doesn’t terrify us.

It can be done. But all of us have to be “all in” to make that happen. It doesn’t just happen during election season. It happens always.

Regardless of the outcome of this election, the really hard work starts tomorrow. Tomorrow, we have to start healing our country.