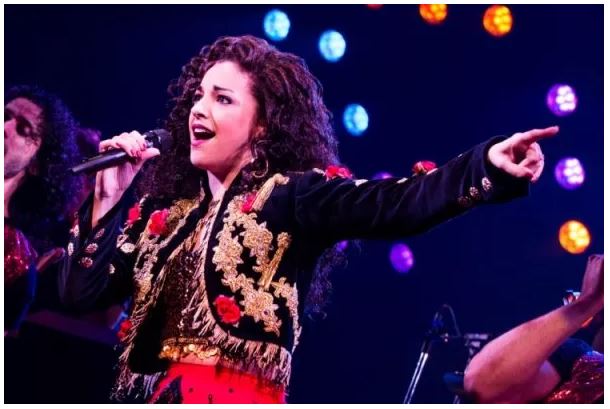 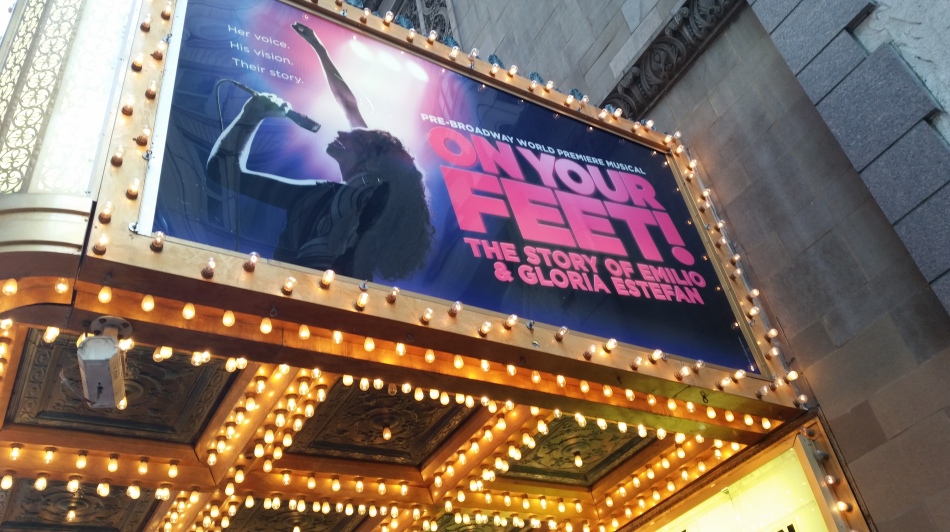 If you have the opportunity to see On Your Feet The Musical​, do NOT pass it up! I guarantee you, the “Rhythm is Gonna Get You” right from the start of the show. And it’s not gonna let you go!

This was 2 1/2 hours of fast-paced, high-energy entertainment. Great music, fantastic dancing (salsa and cha-cha and tango – oh my!), excellent sets, great acting – this show had it all. 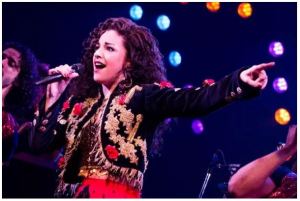 1) The acting, really, was fantastic. Ana Villafañe was absolutely outstanding as Gloria. She was able to capture Gloria’s essence without becoming a caricature. And her singing? It was remarkable. I thought she might have been lip-syncing. But, she definitely wasn’t! Josh Segarra as Emilio, Andrea Burns as Gloria’s mother, and Alma Cuervo as Gloria’s grandmother were all just really spot on. They all mastered the dialogue, the comic timing, and the range of emotions throughout the show. I mean…wow!

2) The music totally took me back to my youth. I remember seeing Miami Sound Machine in 1986. They were one of the headliners at our Senior Grad Night. (Along with Mr. Mister – Kyrie, baby. Kyrie.) When MSM performed, the energy went up about 5,000 notches. Just amazing. The songs were blended wonderfully into the story. “Conga”, “Rhythm is Gonna Get You,” and “Get On Your Feet” made me feel like I was at the coolest concert ever. The audience became a part of the show in those moments – especially when the cast stepped off the stage to “Come on shake your body, baby, do the conga” with the audience.

3) The story was well told and not overdone. It covered the period in Gloria and Emilio’s life/career from about 1977 until 1991. We got all of the important highlights and none of the grimy detail. The songs and set were used so magnificently to not only highlight the hits that made Gloria an international star, but to delve into the characters’ inner workings and relationships with each other. Truly masterful.

As soon as the final beat was hit and the lights went out, all of us in the audience were, indeed, on our feet. I rarely give standing ovations. And even then, I usually don’t stand until the end of the curtain call. But not this time. The 10-minute curtain call was an energetic, music-filled feast! I was up and dancing with the rest of the audience.

And the highlight? Gloria and Emilio Estefan stepping on stage to take their bows.

So, get on YOUR feet and let the rhythm get you. If you can’t see it in Chicago, check it out on Broadway. (Previews start on October 5, 2015.)