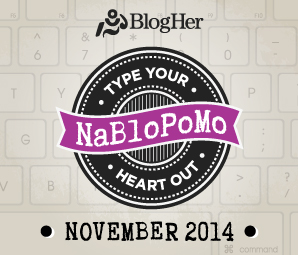 Mackenzie Campbell has no idea her life is about to fall apart. She’s bright and attractive with a good job, a comfortable home and an impending Christmas wedding she’s been planning for months. So when her girlfriend bails less than two weeks before the nuptials, Kenzie’s picture perfect Christmas world begins to crumble around her.

Determined to hold on to at least some shred of her dignity, Kenzie snags her best friend, Allison, and flees the cold of the Northeast to take the honeymoon anyway. The Rainbow’s Edge is an enormous LGBT resort in Southern Florida, and its atmosphere of sun and fun seems to be just what Kenzie needs to help take her mind off of her lost relationship. But can a few hot dances, a mysterious suitor, and a handful of rum runners help her figure out what it is she really wants?

Here is another review that is long overdue. I first read Snow Globe by Georgia Beers (Brisk Press) very early in the year. Life got a little busy and, so, the review was put on the back burner. I recently made a trip to Provincetown, MA with my cousin. During our drive, I turned my Kindle Fire to “text-to-speech” and we listened to Snow Globe. It was my cousin’s introduction to lesbian fiction, in general, and Georgia Beers, in particular. Since we’re coming up on the holidays, I determined that I really need to write this review – the timing is rather appropriate.

If there is one thing I’ve learned from reading lesbian fiction it’s that I’m pretty confident I will enjoy anything Georgia Beers writes. The enjoyment may be on different levels and for different reasons, but I can trust that it will be a good book. Snow Globe does not disappoint. Beers has a knack for writing interesting characters, playing on my emotions (in only the best sense of the phrase), and telling a really nice romance.

The focus in Snow Globe is on the two main characters, Mackenzie (Kenzie) and her best friend, Allison. I know what you’re thinking: “Well, of course the focus will be on the two main characters, Carleen. That’s the point!” Yes, I know. I get that. But since this story is told from Kenzie’s point of view, we aren’t inundated with secondary characters.  Oh, they are there, make no mistake. But Beers puts the focus where the focus needs to be – on Kenzie and her journey. We’re given enough information about Kenzie and Allison throughout the book to get a good picture of who these two women are and how they interact with each other.  The story of their friendship is interspersed throughout the novel, rather than dumped on us in a few pages of exposition or backstory. This unfolding makes things much more interesting. The secondary characters are not given the short-shrift, however. Kenzie’s descriptions of others, though biased, are full and three-dimensional. And they are all unique – it’s impossible for me to get them confused with each other.  Thank you for that, Georgia.

I usually end up a snotty, crying ball of mush when I read one of Beers’ novels. Again, I mean this as an absolute compliment. Without fail, Beers finds a way to hit my emotions in such a way that I fully feel and relate to the characters and what they are going through. In 96 Hours, it was my own memories and experiences with 9/11. Starting from Scratch brought up my own experiences with my mother and grandmother. With Snow Globe, I did not end up crying. Instead, I was often laughing at the miscues and witty dialogue. The “Blonde” and “Polish” jokes throughout the story had me chuckling right along with Kenzie (who is blonde) and Allison (who is Polish). I felt the anger that Kenzie and Allison had toward Kenzie’s ex-fiance, Kim. I understood Kenzie’s confusion as she navigated her world post-breakup. Beers’ ability to write so evocatively is a true talent.

Beers has often professed – unabashedly, proudly – that she is a Romance writer. And I am so glad she is because she does it so well. What’s very interesting about Snow Globe is that I was able to figure out what the end result would be. I don’t think Beers was trying to keep that a secret. But it did not hinder or detract from the novel in any way. In fact, it made Kenzie’s journey that much more lovely and interesting. So, yes, I knew who would get together in the end, but I didn’t know how they would get together. Using the first-person point of view from Kenzie’s perspective added a fun flavor to that journey. This certainly would have been a very different experience had third-person point of view been used and we’d been told the story from multiple perspectives. (Not better or worse, but definitely different.) Exploring that “how” along with Kenzie was simply delightful.

Overall, Snow Globe is a sweet romance that is fun and easy to read. It’s not overly complicated. There are definite obstacles and conflicts, but they aren’t convoluted and highly complex. If you’re looking for something that will keep you guessing with every page turn and sitting at the edge of your seat from the intrigue of it all, let me know. I have a few suggestions for you. But if you’re looking for a nice romance that will take you on a journey with a very relatable character and have you smiling when you hit that last page, then you definitely want to get Snow Globe. With the weather in the U.S. turning cold – indicating that winter is right around the corner – take this opportunity to curl up in your favorite reading spot, bundled up in your favorite blanket, with your favorite hot drink close at hand, and read Snow Globe. Trust me, you won’t regret it.