If  you’ve been keeping up with my blog posts of late, then you know that I’m a huge fan of Hallmark during this time of year. Their “Countdown to Christmas” has been going on since Halloween. And I have been all in! The Hallmark Channel and Hallmark Movies & Mysteries have been on my “favorite channels” list ever since the countdown started. Of the 37 recordings on my DVR, 35 are Christmas movies. Yes, I rewatch them over and over. (It’s part of what has gotten me through the weeks since the election.)

BUT…when it comes to holiday music and decorations, I give the turkey its time. No holiday music and no holiday decorations until the day after Thanksgiving. If a song comes on the radio, I change the station. If people post videos of favorite holiday songs on Facebook, I scroll right past them. It’s just not the time for me.

Today, however, is the day after Thanksgiving. Therefore, all bets are OFF. The 24 hour holiday music channel on SiriusXM will be programmed on the radio in my car. I’ll ask Alexa to play my favorite Christmas playlists. I won’t scroll past those video posts.

So, to start things off, I’m going to share some of my favorite songs. Songs that I will listen to over and over and over.

Dominick the Donkey: This has been a favorite since I was a kid. My grandmother was 100% Italian. My grandfather was Irish and German, but gracefully conceded to my grandmother’s heritage. He had a hard life when he was growing up and there were no deeply-seeded traditions in his family – from what I understand. This was a toe-tapper for my grandmother and, thus, holds great memories for me.

I Want a Hippopotamus for Christmas: There’s just something about this song that makes me smile. I remember being a kid and thinking that the person singing just had to be an adult who was singing like a child. The voice was just so strong. But, nope, it was a kid singing! Gayla Peevey was just 10 years old when she recorded the song. (She ended up actually getting a hippopotamus for Christmas, but donated it to the zoo.) It’s a fun, silly song. It’s just so ridiculous. And it’s easy to sing along to.

Breath Of Heaven (Mary’s Song): If you are a regular reader, it’s no surprise that I was raised Catholic. I am, what I call, a Recovering recovering Catholic. (Read about it here.) I’ve always considered myself sort of a Marianist. Not in the official sense – I’m not a part of the Society of Mary or anything. I’ve just always had a fascination with Mary, her life, her incarnations (Our Lady of Fatima, Our Lady of Lourdes, Our Lady of Guadalupe, etc.). Even now, I direct special requests for intercession to Mary. So, this song, really touches me. I think, in a larger sense, the feelings expressed in this song can be felt by most mothers. You know, that feeling of worthiness. The fear mixed in with the joy. Plus, it’s just beautiful music.

Mary, Did You Know?: Here’s another that falls into my Marianist tendencies. On the surface, the song extolls the greatness of Jesus – all that he’ll do once born. But, for me, it once again comes back to Mary and a mother’s love. Whether Mary did or did not know, she loved her son. Whether Jesus was or was not the Great I Am, she loved her son. My grandmother (also Mary) had an only begotten son – my Uncle John. Gram died just short of 4 months after Uncle John unexpectedly passed away. Ultimately, we believe she died of a broken heart. Plus, again, just a beautiful song that is performed beautifully.

I Wish You Christmas: Two words – Katherine Jenkins. The woman could sing the phonebook and I would be enraptured. Plus, John Rutter’s lyrics just say so much:

I wish you starlight on fields of snow,
The winter’s morning light and evening’s glow;
I wish you candles that shine from every tree,
So all the world can see
The light that there could be.

(You can see all of the lyrics here.) For me, the song is about hope and love. Not just at Christmas time, but for all times throughout the year. I happen to like that message. 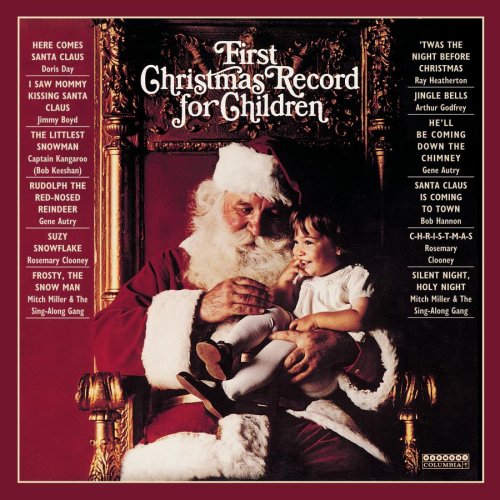 Suzy Snowflake: When I was a kid, I had my very own Christmas album. Vinyl! This was way before mp3, CDS, cassettes…even 8 tracks. It was called “First Christmas Record for Children” and I loved it! (I may still have it somewhere – warped and unplayable, I’m sure.) It had all of the songs that became my favorites. I memorized them and sang along – or just flat out performed them as I lip-synched. Some kids did air guitar. I acted out “The Littlest Snowman.” I listened to this over and over and over and over. A few years ago, I learned that it had been released as a digital album so, of course, I bought it. My favorite song was “Suzy Snowflake.” There were a number of reasons it was my favorite. Even as a child, I understood the fantabulousness of Rosemary Clooney. Since Mom and I lived with my grandparents and great-grandmother while my father was in Vietnam or off somewhere on a ship, I was surrounded by “the classics” – music, movies, etc. So, even as a kindergartener, I knew Rosemary  Clooney, Perry Como, Doris Day, Frank Sinatra, etc. I also used to watch TV with my grandpa – I’d sit on his knee and watch Adam 12, Emergency 51, I Love Lucy, etc. During the holidays, WBBM would show a stop-motion animation of Suzy Snowflake. I’d watch it with my grandpa. So, this song brings back some really cool memories from when I was very small.

Those are just a few of my favorites. There really are so many others. But these are the ones I will put on repeat.

What about you? What are your “go-to” holiday songs? Let me know in the comments – include links if you can. I love to add more music to my playlists.