I rented Maleficent today. I was looking for something not based in reality. Since this is a new DVD release, I figured it would do.

In general, I enjoyed the movie. I enjoy retelling of the classic fairy tales. It’s always interesting to see things from different points of view. This was no exception. Like Wicked: The Life and Times of the Wicked Witch of the West by Gregory Maguire, the Sleeping Beauty tale that we’ve known from childhood is turned upside-down. We’re given the story from the perspective of Maleficent, the “villain” of the well-known story. Just as we learned what it was that made the Wicked Witch of the West truly wicked, here we learn why Maleficent was so hell-bent on seeking revenge against King Stefan. 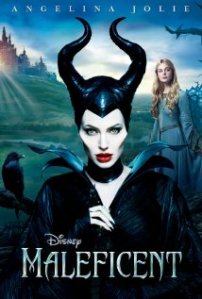 I have to say, it was nice to see Angelina Jolie back on the screen. I’ve always believed her to be a very talented actor. Sure, some movie choices were more questionable than others, but, for the most part, she is strong in the roles she chooses. I really enjoyed the layers she gave to Maleficent. I found Maleficent to be a very likable character, actually. Even more likable than Aurora, in fact. She is complex. Her own inner struggles are brought to life with remarkable subtlety.

I thought the visual effects in the movie were quite nice. They were appropriate to the setting and the action, but they didn’t really overwhelm the movie. The focus was more on the characters and the acting than the special effects. Oh, there were a lot of effects, to be sure. But they didn’t draw my focus. Instead, I thought they served to direct my focus to the characters and the story.

I would have enjoyed more scenes with the three fairies who raised Aurora. Honestly, it seems a shame to have Imelda Staunton in a movie and not use her as much as humanly possible. But perhaps that’s just me. 🙂 Though, I do believe that more emphasis on their ineptness would have enhanced the “Godmother” image that Aurora had of Maleficent. I also think that could have lent more emphasis on why Maleficent thought it necessary to keep an eye on Aurora and have a part in her upbringing. Additionally, the movie could have spent more time on Stefan’s downward spiral into obsession and paranoia. Ultimately, he seemed to care more about protecting himself from Maleficent than he cared for protecting Aurora. I wanted to see more clearly how his character made that mental journey.

Overall, this was a good movie. I’m glad I rented it on DVD rather than seeing it at the theatre. Had I paid $14 to see it, I may have had a harsher view of the film. But $1.50 for a rental? Yeah, that’s a good deal.

**We also get a glimpse of what I call “The New Face of Disney” – be on the lookout for “True Love’s Kiss.”   Following in the footsteps of Frozen, are we?**